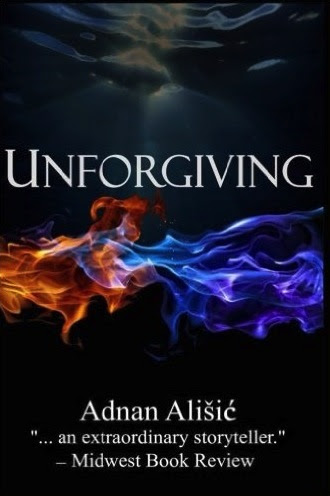 
by Alisic Adnan
YA Contemporary

12 years after surviving horrific massacre, 15-year- old Meho commits ruthless murders and sets in motion the event which could change the world order.
The murders are followed by the trial of the century, where media vilifies Meho as a psychopath, mass murderer, and a monster — all under the influence of FBI, who are trying to conceal the identity of the victims and protect the National Security.
The only person who believes that Meho is innocent is his 10-year-old brother Bucky, who will turn heavens and earth to free Meho. After learning the truth, Bucky is devastated, but not all things are as they seem, and the truth will be revealed at the very end.

I  tower  above  the  Monster,  Glock  in  my  hand.  In  his  evil  eyes  I  see defeat.  A moment ago, he accepted his destiny and stopped talking.  Now  he remembers who I am.
Suddenly,  the  door  bursts  open  and  a  swarm  of  armed  shadows  storms inside.
“Drop your gun!” several of them scream simultaneously.
“Please help me,” Monster pleads weakly. “Please save me.”
Armed shadows advance toward me, their guns ready to shoot.  There  are screams,  blood,  and  chaos  all  around  me,  but  I  feel  so  peaceful.  Finally,  I will  fulfill  the  promise.  My  heart  beats  steadily  as  I  glance  around  and absorb  my  surroundings.  I  count  six  guns  pointed  at  me,  and  I  know  very well  what’s going  to happen after  I  pull  the  trigger. Staring  into  Monster’s eyes,  I  silently  say  la  ilaha  illa  Allah,  squeeze  the  trigger,  and  for  a  brief moment,  I  watch  his  head  explode  into  tiny  particles  of  blood  and  brain, before darkness swallows me whole.

After witnessing terrible war atrocities, Adnan Alisić escaped from Bosnia and came to Phoenix, Arizona where he became a successful businessman. Entangled in a gambling addiction, he was forced to execute this sensational casino heist. He can be reached at Alisic.adnan6@gmail.com or www.AlisicAdnan.