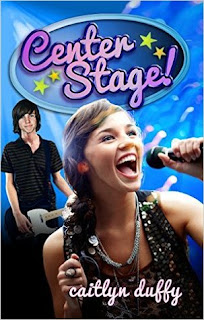 
Allison Burch’s wildest dream is to become a famous singer. She can hardly believe her own good luck when she auditions for the reality television singing competition, Center Stage!, and is chosen as a contestant. She finally has a legitimate shot at fame, fortune, and a chance to go on tour as the opening act for her favorite boy band on their world tour.
However, Allison wasn’t counting on one of the celebrity coaches being Chase Atwood, the famous rock star father of her former best friend. Allison’s terrified that Chase is going to find out that she and his daughter have been in a fight for months, and it’ll ruin her shot at the grand prize. Making matters worse, Allison’s own coach, Country Western star Nelly Fulsom, intends to groom her into a Nashville superstar.
As Allison struggles to decide if she really wants to win on the show if it’s by resorting to dirty tricks and assuming the image that Nelly wants to create for her, she find herself falling hard for her biggest competition on the show: a brooding songwriter named Elliott Mercer. She’s not sure if Elliott’s interest in her is genuine, or if he’s just playing along with the producers’ strategy.
It’s up to Allison to decide: how much is she willing to lose in order to win?
Fans of Caitlyn Duffy’s The Rock Star’s Daughter will enjoy this tale about Taylor’s friend Allison and her journey to fame.


I believe almost everyone has dreamed of stardom for at least a few seconds in their lives. In this book, a teenage girl, Allison, gets her chance to stand in the spotlight.

Allison is a nice girl with a lot of heart, but she's not perfect. Her grades are only so-so, her interest in school. . .well, she goes. Most of the time. But she's not a problem teen, nor is she popular. Still, she has her group of friends, normal struggles with a loving mom and dad, and an older brother off in college, who seems to be a ton better than her in several ways, or so she as the impression at least. In other words, Allison is a pretty normal girl, and that makes her easy to relate to.

The descriptions of her audition, the competition and the entire environment surrounding the song contest experience are well done. I had no problem picturing the television extravaganza going on around her and felt as if the whole thing was very true to life. There's a lot of back-stabbing, ulterior motives, and down-right dirtiness when it comes to the contest and all parties involved. The struggle for fame, power and position is tangible, and unfortunately, probably not far from the truth.

As Allison gets stuck in the middle of it all, she's forced to deal with more than she ever dreamed. It's easy to cheer for her as everyone seems to fight for their own, and it's hard to figure out who she should trust and who not. Her reactions were, for the most part, believable if not sometimes a little fantastical. In any case, she has a lot of spunk and refuses to give in. This alone is a great message for readers.

The writing itself is well done. I had no trouble getting swept away into Allison's story. The dialogue and descriptions were fitting for someone her age, as well as the ups and downs of romances, friendship and family relationships. The pacing flows well, not really leaving anytime for yawns or the desire to set the book down. I did, however, catch myself skipping over paragraphs throughout the book because some of the happenings and her thought processes were drawn out a bit too much, and doing this didn't take anything away from the story at all.

Summed up, this is a fun read for tweens and younger teens. There's a sweet romance, lots of interpersonal battles and stardom drama, which especially girls are sure to enjoy. 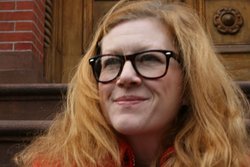 Caitlyn Duffy is a private boarding school survivor and the author of The Treadwell Academy Novels, a series about privileged girls in an elite boarding school setting and the challenges they face. The series addresses issues common to teen readers including eating disorders, divorce, grief, heartbreak, first love, drug addiction and disagreements with parents. It was Caitlyn’s dream to create a series that mixed glamour and celebrity with the real-life problems that kids endure that could be enjoyed by readers of all ages. Her writing experience includes freelance editing for publishing houses and copywriting in the advertising industry.

When she’s not writing about the girls of Treadwell, she’s walking her semi-famous dog Maxim around Park Slope, Brooklyn and drinking too much coffee. 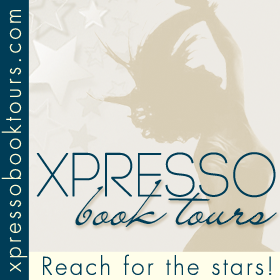