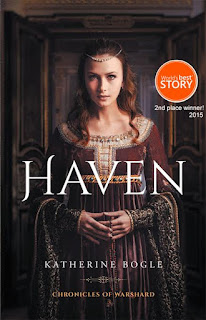 Haven (Chronicles of Warshard #1) is the 2nd place winner of World's Best Story!
Princess Haven was never meant to be Queen.
Her immortality has saved her time and time again, but when the last of her royal family dies at her feet, she is next in line to rule a nation on the brink of war. With no formal training on how to be Queen, Haven must rise to the occasion with the help of her best friends, and personal guard, or risk losing everyone she has ever loved.
With war to the West, and no escape to the East, the evil tyrant Kadia sets her sights on the six kingdoms. Haven's neighbors are quick to fall under the swords of Kadia's shadow soldiers, leaving a sea of bodies and a clear path to Haven's only home. Haven must make a choice; take her people and flee to the foreign Republic across the sea or lead a last stand against a powerful dictator. 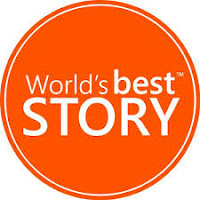 Drawing back into a time of castles, knights and kingdoms, this tale follows the journey of an insecure princess as she becomes a worthy queen.

Although Haven was never to sit on the throne, the death of her entire family leaves her as the next queen. Not only does she have to learn how to fill the shoes of such a responsible position, but an approaching war requires she fulfill her duties and save her country immediately.

The first scene opens with an attention grabber--its the coronation and there's already an attempt on Haven's life. After this, the plot slows down immensely. Much attention is given to Haven as she grows into her new role as queen, the relationships with the people around her and getting a handle on the situation of her kingdom. While many points are interesting and necessary, other passages are spent on every day actions which could have been used to layer the plot or move the story along. First, after half the book, the pace finally picks up, creating a riveting ride which can't be laid down.

Haven is a lovely character with a touching personality. It's easy to understand her situation, feel for her and cringe when the tension mounts. She faces her problems as best she can while never forgetting to maintain a warm heart. Even when things run above her abilities, she takes them on as best she can. Of course, she's got a special bonus--she can't be injured and heals from every wound. It's not explained where this talent comes from, and none of the other characters wonder about it either. It would have been nice to dive into this more from early on.

The other characters surrounding Haven are a delight. A few are a bit overly protective, but in general, it's a joy to meet them, and they harmonize with Haven and the plot. The evil queen sticks out, malicious and deadly in a delightful way. Her lack of all things good creates the perfect villain to darken the scene. Unfortunately, it's never clear what her driving motives are (outside of conquest) and there is little to no history concerning her or her abilities.

All in all, it's not a bad read. The concentration on Haven's attempt to handle the approaching war and the kingdoms around her is intriguing, especially since it doesn't include a lot of royal side drama. There's a hint of romance, but it stays at that level and allows the main plot to maintain control. Despite the background holes during the story, the ending does a good job tying things up, while leaving just enough to invite a sequel and the promise of more adventure to come. 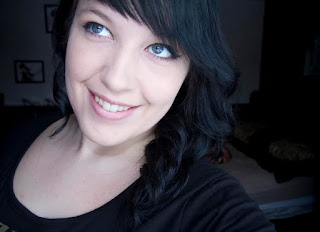